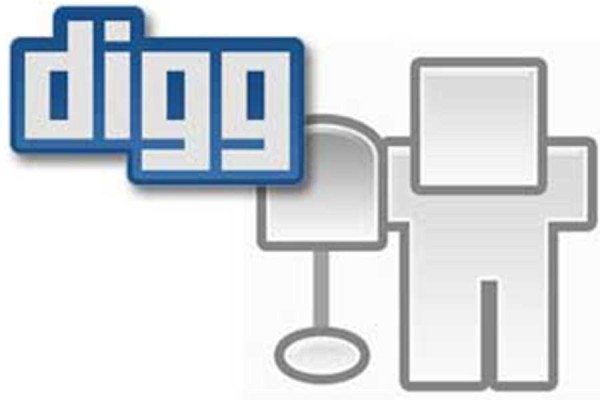 The Digg Stalwarts series continues. This time we have a Digg bigshot… a social media champion… and probably the one to give the most comprehensive interview till date to feature on this series… The guy has a phenomenal 161 stories (as of date) on the frontpage within an astonishing span of just 3 months… LtGenPanda.

1) How did you start on Digg? Give us a brief snap of your early journey on Digg and thereafter.

I was just a front page visitor for about a good 3-4 years and used to enjoy reading the stories and the comments. Introduced this site to my brother as well, who then submitted a few nice stories and surprisingly made about 10 diggs on most stories, and then they went dead. He then gave up and stopped. About 3 months back, I suddenly decided one day that I have to give it a try. However, I strongly realized that this is a social media website and not just a news submission service.

Without a social network in Digg, it is very tough to succeed. I then started to build a good network of friends who were submitting really great stories. I then spent about 1 month to really study why a story made to the front page or did not make it. Made my first submit exactly about 2 months ago and had my first story hit the front page.

The story was titled “Motorola Renew is World’s First Carbon Neutral Mobile Phone”… it carried several features of a story most Digg users want. It talks about technology (gadget), it also talks about an environment friendly product and is also a “first” – so it had 3 typical characteristics a good frontpage possible story. The reason I tell about this is to stress that the content & title plays a very big roles. Since then, I am still learning which content is appealing to the users.

2) What is your motivation to keep going on Digg? Is it the networking aspect or just the sheer pleasure of watching your story hit the front page?

Sheer pleasure, yes… every story getting to the front page does give a pleasure, however, as months go by, the networking aspect is also giving an increasing pleasure. I now have started to make some valuable friendships with very good hearted people on Digg.

3) What is your advice to newbie diggers? What kind of content… from which sites, which type of ..etc.. can best be expected to hit the FrontPage?

As told in the first question and stressed by several other diggers, a story has increased chance of reaching the front page when good content and a good social media network intersect. Very few stories, no matter how good the content is, it can make it to the front page of Digg, and it is no fault of Digg. It gets about 15,000 stories a day. Except for a few which are buried, everything else is waiting in the upcoming.

So, it is very tough and impractical for some users to expect that good content should by itself make its way to the front page. All that you need is a decent social network, which means as small as 20 to 30 users who recognize good content from you.

With all the comments/bashings about “Power Users”, I would like to stress one thing very strongly. All that a power user (a user with a good social network) can do is make his submission stand out from the 1000’s of spam submissions by attracting a few diggs from his/her social network when he/her has good content.

Beyond that, it is the community which purely controls it. To substantiate this statement, visit my submissions page – you will see that about 1 in 5 story makes to the front page. I have about 200 friends, so this shows you that, just because you have a big list of friends, your submissions cannot make to the front page. Only best of the best content can make. So if you want to submit stories, first learn what the community likes and build a good network of friends.

4) Do you use any tools that can help you to keep track of Digg stories and users better..what would they be?

“Biggboard brainnovate” – This makes it easy to see all your stories or any other story.

5) What future do you see for Digg 3-5 years down the line with some other services like Twitter rapidly changing the way news and information is shared around the Web?

With services like Twitter (and now Twitter trying to evolve as a real time search engine), people now want the best content served in a short time rather than wait anywhere up to 24 hrs. If Digg can find a way to address this, it can stay very strong.

6) Do you have any suggestions, improvements that can be made to the Digg community or its algorithm etc. which can make it a better social media site?

The recommendation system etc is really good, as Kevin mentioned in the recent townhall, the algorithm changes are really working. More stories submitted by newer users are on the front page. However, as mentioned in the above answer, I think a more radical change which enables good content to get to the front page very quick and at the same time get rid of spam etc. quicker, not stay in the upcoming for 24 hrs is vital. As Digg grows, it’s going to be very tough to find those best stories. Digg needs to device ways to prune the stories in the upcoming section in a very quick fashion, which enables good content more exposure and much more.

7) And one last question… if there is one user whose submissions you would never miss ..who would that be..and why?

MrBabyMan… he really finds very interesting and new content. He has the magic “Digg eyes” of predicting which story will work. If one needs to know what type of content is best suited for Digg, just keep watching what MrBabyMan submits, that is your answer. It is sad that the majority of the community develops hatred over him or any other so called “Power User”. I used to wonder why so many users are against Digg’s most active users until I saw comments he made about me. Anyone who really puts a decent amount of effort can be on the Digg’s frontpage as much as they want.

Unfortunately… most users want to submit a story (mostly their personal blog) and expect to see it on the front page, and when it does not happen, they start to hate people who are successful.

Note this that this is an old interview from the days when Digg was different than it’s now, but still, you can learn a lot from this interview and understand more about how to get to the top of the Digg these days.