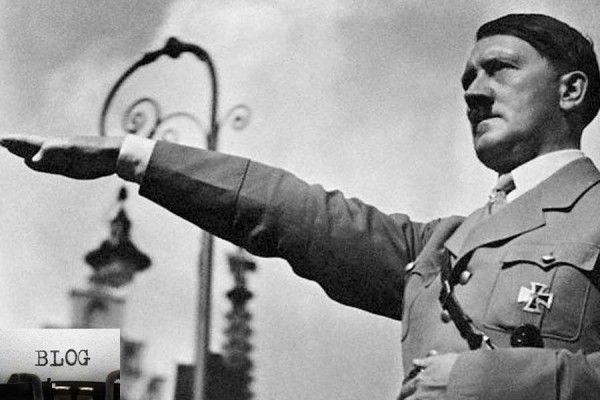 Adolf Hitler, the “Ex-Chancellor of Germany”, the “Evil Genius”… One of the most severely hated people in World History.

However, Hitler, as a personality has always fascinated me due to his menacingly striking charisma and his power to influence the audience with his mesmerizing and emotionally charged words.

So what can a small time newbie blogger learn from the personality and antics of this crazy evil genius?

1) Be Unpredictable: Hitler proved to be a constant headache to his bodyguards due to his unpredictable nature and his habit of altering his itinerary at the spur of the moment.

As regards a blogger, your audience should never be able to predict what stuff you are going to roll out their way.

Don’t churn out one boring blog post after another offering the same idea in some rehashed language. Always surprise your readers by mixing your normal blog posts with some engaging content. Try the following variations to your normal posts:

• Email Interviews of Experts
• Take contests
• Feature guest posts from bloggers with writing styles different than yours
• Include links to some great news you have caught over the web.

2) Blitzkrieg – Hitler’s most successful war strategy Blitzkrieg – Blow out the opposition with an initial furious onslaught of high powered weaponry.

So why should a newbie follow a “Blogging Blitzkrieg“?

Because it’s in the initial phases of your blogging career that you highly active and fully inspired to take action.

When you are new, write a lot of posts, network hard with other bloggers, market your blog with all possible means and do frequent guest posts on other blogs.

The Higher the intensity of your initial attack, higher the chances of bringing home the victory.

1923 – Hitler’s Failed Beer Putsch in Munich to capture power.
1928 – Nazi party captures a paltry 12 seats in the Reichstag.
1933 – Hitler becomes the Chancellor of Germany with the Nazi party dominating the Reichstag with 288 seats.

With the market being flooded with lot of quality blogs, it can be really hard to get noticed and achieve full blown success in your initial days. But… have a dream, stay put, focus on your goals and take consistent action. Persevere and success is sure to roll in.

4) Be Egotistical: Hitler – Probably the biggest egoistic nut to hit the planet. His distinctive personality and strong egotistical nature made him stand among the normal crowd and also among his high ranked generals.

The small moustache, the matchless style of waving to the crowds, the “Heil Hitler” and the “Mein Fuhrer” slogans were all well crafted and cunning methods deliberately employed to brand his charismatic persona.

On the same lines, your new blog needs its own ‘ego’ or ‘personality’ to make it stand out among its peers. There are many ways to develop your unique “blog ego”:

Whatever you do, ensure that the blog conveys some part of you to your reader. In the end, it is not the blog that the audience relates to but the blogger.

And the last and most important lesson…

5) Catch up the audience’s nerve: A blogger should capture the reader’s heart and give him exactly what he desires from him. Always aim for the MWR (most wanted response) you want from your readers!

The maverick Hitler undid his initial success and went blasting himself towards destruction, but I hope every newbie blogger takes these lessons with him and blasts all the way to blogging success.